Recovery from stress, anxiety and PTSD is my passion

It is totally life changing!

I have had a very varied career and life experiences, which includes being a mother of 3, grandmother of 6, biologist, teacher and also an award winning small business consultant.

A serious family trauma followed by my developing breast cancer prompted me to go back to my roots as a research biologist and explore the mind-body connection. I did a lot of extra training in NLP then in clinical hypnotherapy while continuing to work as a business consultant.

Then I met Judith Richards, a very special hypnotherapist who developed the Richards Trauma Process, I was able both to clear my own PTSD and bring ALL my experiences, both professional and emotional together into a deep understanding of healing stress, trauma and PTSD.

My Background.  I was physically challenged as a small child with Rickets resulting in Callipers to my waist until I was 5, bent legs and a lot of teasing, often bullying because of my lack of sporting ability especially when we migrated to Australia where sport is so prominent.

I wanted to study medicine but as my father felt this was not a job for a woman, I did the next best thing – majoring in medical science and especially neurophysiology. I did more research in Neurophysiology at the University of NSW and I had studied some psychology as part of teacher training. While my children were young I taught year 11 and 12 biology.

When my children were in secondary school returned to study and research working with singled celled marine organisms called dinoflagellates in both cultures and the marine environment. I was fascinated with these wonderful intelligent cells. They are only 25micron diameter but they live in groups, their environment, the salinity, temperature and the nutrients and chemicals in the water regulate their behaviour.

My research with single cells brought the work of researchers like Bruce Lipton to life for me and combined with my love of neurophysiology and my own experiences of stress and bullying increased my depth of understanding about how our bodies respond to trauma. Especially important here is the work of Peter Levine on releasing trauma.

Going back in time to my business history.  In the late 1980s I was working as a research marine biologist when my husband started a small business. 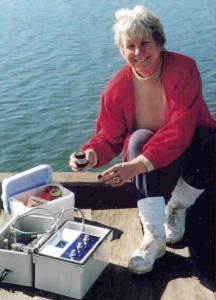 I became increasingly involved so that we did not lose money and ended up managing the business when he worried himself into a breakdown.

Like so many small business people we worked ridiculous hours and I decided this could not continue and studied quality assurance to implement an ISO 9001 quality management system or AS 3902 as it was called then.

This revolutionized our lives and the business grew to a $5 million turnover and 17 staff. A true testament to the power of systems.

Those errors from staff who were doing their best but were run off their feet stopped, they had a really good feedback system and they saved a heap of money by having really clear documented contracts and contract amendments. The system reduced the risks so that they no longer had the fear that staff could make mistakes resulting in expensive legal issues.

And better than all, they had well trained staff who followed procedures and they discovered free TIME.

The extra productivity allowed my husband and I to build a wonderful beach house with a stunning view on top of a cliff and go there most weekends and even take holidays while the business ran smoothly and continued making money with no dramas. What a change!

When we left the business and moved on I started Jean Cannon Consulting, mostly working face-to-face with larger clients. Initially I worked as a contractor to another consultancy but left to work on my own because I wanted to empower my clients to understand and manage their own systems and that was not the business model I was expected to deliver.

In 1998 I started working various members of the tuna industry which continued 2-3 days a week for six years. When I was approached by smaller businesses wanting the same systems at a lower cost, she developed group training programs. I did additional safety training and over time has found that most  clients actually wanted integrated systems.

The training program was launched in 2003 as “ISO 14001 In Action” by the then Federal Environment Minister Dr David Kemp. At that stage I called the business Enviro Action and got up at 3am several days each week to join various marketing and internet subjects online from America after I received ridiculously priced quotes to have it done for me so I built my own own online programs.